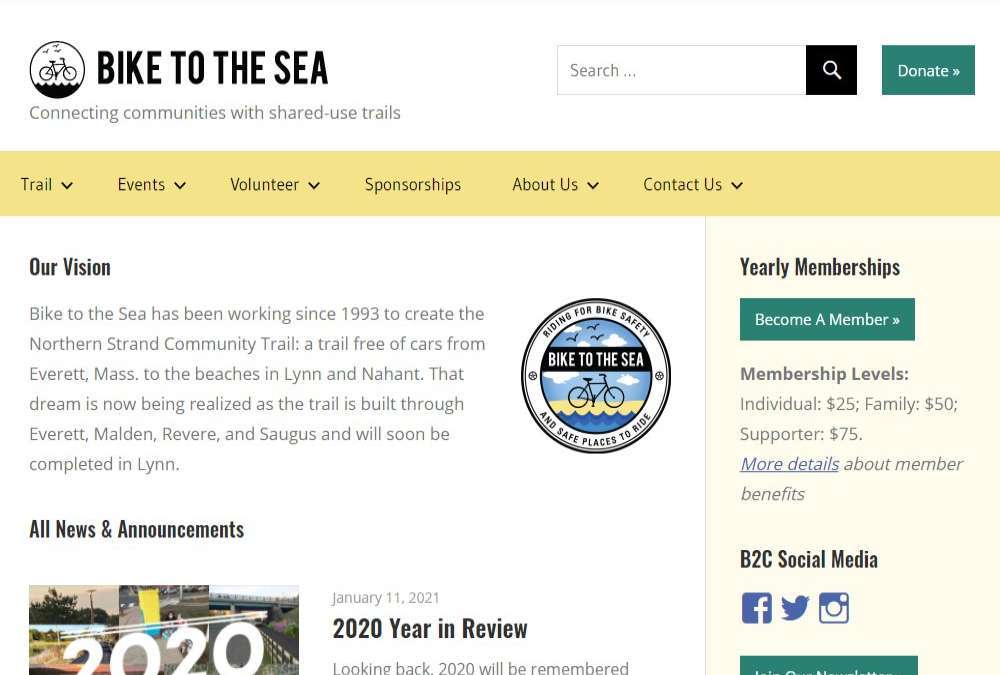 Starting way back in 1993, Bike to the Sea had an idea to unite bicyclists to support the idea of a rail trail in between Everett and a North Shore beach. That 8 mile rail trail, the Northern Strand, is there today, and the last 10%, from downtown Lynn to the Nahant Beach, should be paved by 2025 – largely due to the efforts of this organization.

The North of Boston bike community, traditionally centered around recreation, keeps growing every day and the culture around it is gravitating more towards a vehicle of transportation. The Northern Strand Trail now acts as the “main artery” for all the bike infrastructure and safety improvements that come next, allowing for people of all ages and abilities to bike car-free most of the way towards the downtown Boston area from Lynn, Saugus, Revere, Malden, or Everett. That means far less pollution and healthier communities in the long run!

It was very humbling to lead the organization as the Executive Director for over a year, and while doing so revamping its donation process, reskinning its website, updating its event systems & marketing, and overhauling the membership system. Due to all these efforts, the membership base more than doubled, and the newsletter subscribers have tripled.

All of the organization growth has allowed for Bike to the Sea to move on from creating the trail to creating more opportunities for the community along the trail. Later next year, it plans to open a “bicycle kitchen” along the trail, which would allow for members of the community to learn how to use bicycle tools and fix their own bikes.

By the way, just pretend the “j” at the end of my name is a “y” and you’ll probably say it right 🙂 more about me