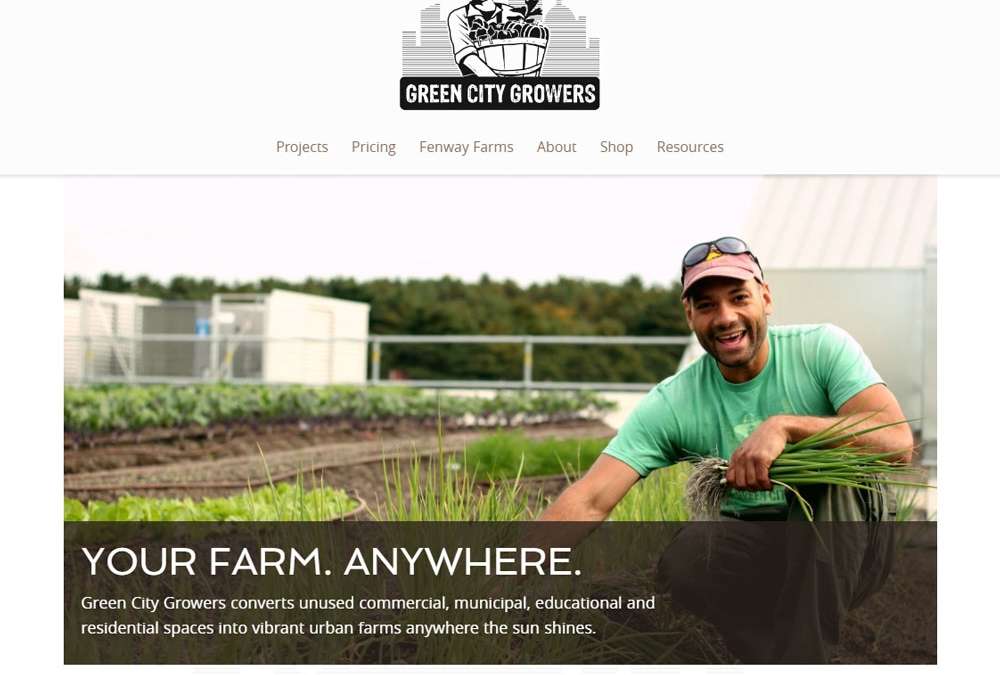 One night in a Somerville parking lot, while waiting for a bike ride to gather, I saw a truck go by with a logo with a farmer on the side. I flagged it down and asked what it was all about. It turns out the driver was Jessie, the founder of the company, and she told me she and a couple employees were growing food on city rooftops and backyards. I thought that was so cool! I went home and thought their website wasn’t as cool as what they were doing. So I wrote Jessie and email, and we started working together.

Fast forward to today, the company is much larger and has a new owner but it’s still doing that “super cool” thing! Along the way, I made and re-made 2 different websites for GCG, and believe the site has added to the company’s success and growth by clearly communicating their goals and services.

One day I’ll look out an airplane window flying over Boston and see a sea of green – and it’ll be thanks to Green City Growers.

Bike to the Sea

By the way, just pretend the “j” at the end of my name is a “y” and you’ll probably say it right 🙂 more about me